The negative short-term momentum on tech stocks continues today as the US tax reform keeps paving it’s way in to law.

3 factors explain, in our belief, this movement:


1) The US tax reform will benefit companies whose businesses are mainly US-centric way more than it will benefit, for instance, US tech companies that generate a lot of their profits abroad,
2) To buy you need to sell = profit taking,
3) Hedge Funds locking performance and selling their their main positions

1) Tax reform: For the first time since his election, Trump is close to deliver his first big reform. The tax reform will benefit all US companies but at different degrees. Bernstein did a nice work on the impact on US tech companies, as we can see below the impact is moderate for many big tech names: Microsoft gets a +6% boost to EPS, Alphabet +6%, Facebook: +4% and some companies get even a negative impact like Micron: -20%!
On the other hand domestic retailers, telecom, and cable companies will fully benefit from this reform getting their EPS boosted by 20-40%.

Bottom-line: Old economy companies are having a lot of buyers and who is funding this? The tech sector who will benefit less from this reform (on a relative basis). 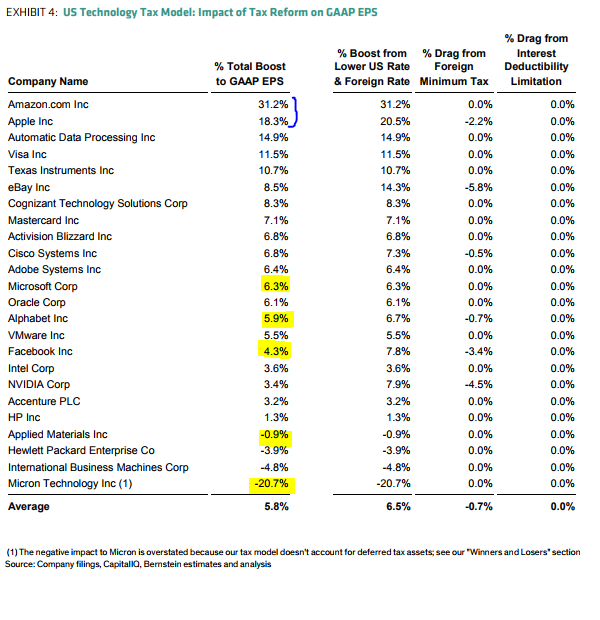 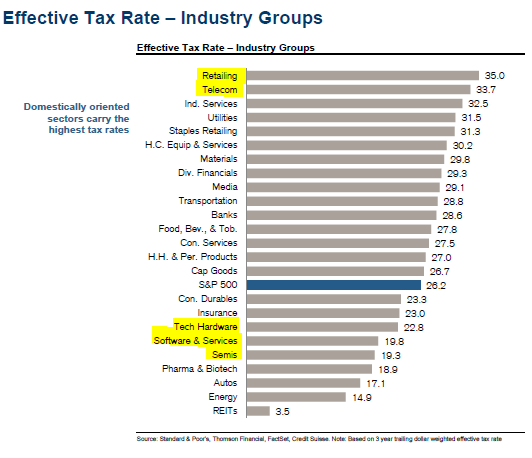 2) To buy you need to sell: YTD the Tech sector is the best performing sector of the S&P 500 and thus a lot of profit taking allows to finance investment into this year’s laggards but also sectors that will benefit from the tax reform as stated previously.

Bottom-line: Even if we don’t like it, these rotations happen and it is easier to sell your best performers to finance a tactical shift in your allocation than to take losses in your worst performers (behavioral bias).
Since last week, nothing has fundamentally changed the businesses of these companies. We remain confident on the fact that the secular growth drivers that our the innovation-driven companies are exposed to remain in place, thus justifying our long-term exposure to the sector.

3) US Hedge Funds have generated this year their best performance since 2013. As the year end approaches HF managers are locking their performance as they prepare for next year. Among the top Hedge Fund’s holdings we find: Facebook, Amazon, Alibaba, Alphabet, Microsoft, and Apple. All of these companies are among this year’s best performers. So when they sell their positions they put pressure on these stocks. 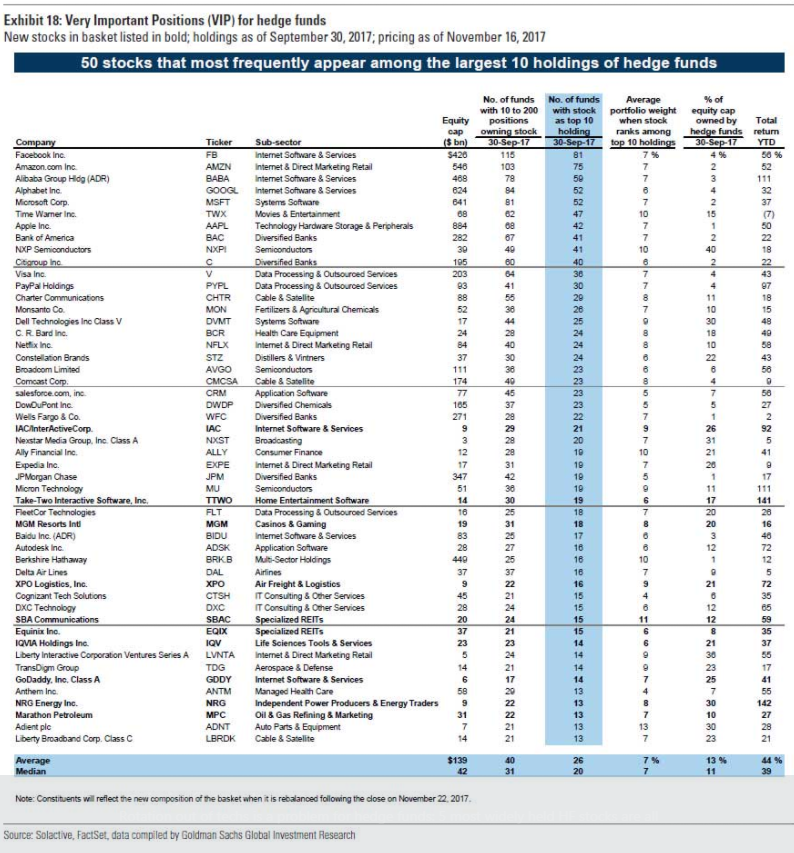 What to do next? While the market was dropping last week we reduced our emerging exposure and particularly our Mexican stocks (upside reduced and incremental risk on NAFTA negotiations). We used the proceeds to add to our tech companies, probably too early as we could have done it today at better prices.
We expect this rotation will stabilize soon and we remain committed to our discipline and our long-term vision.
Innovation is disrupting the economy and short-term noise won’t change this. Buckle-up.